Hi guys! Here what I would like to tell you this time - I saw many crazy foreign projects, but here I found a car which shocks all people around...

Hi guys! Here what I would like to tell you this time - I saw many crazy foreign projects, but here I found a car which shocks all people around the world. 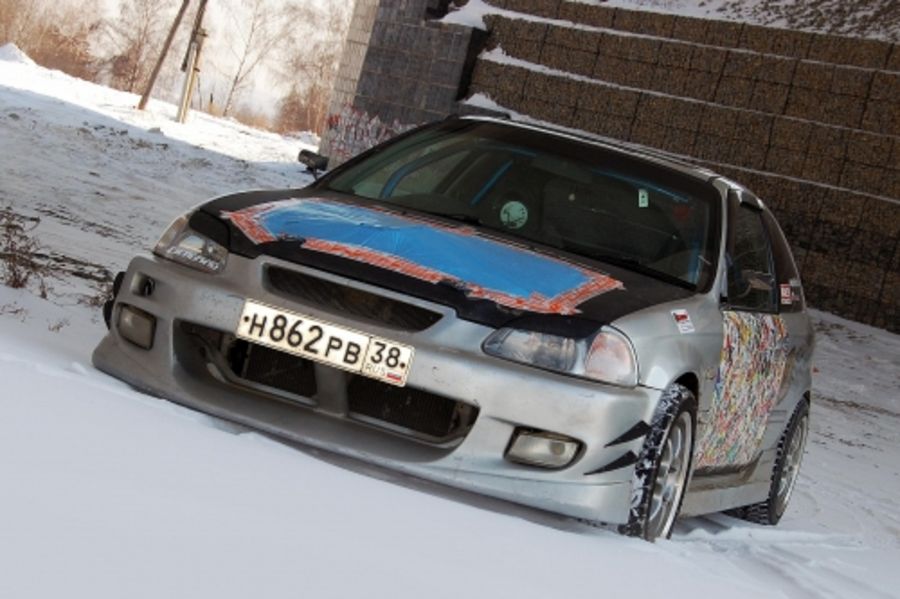 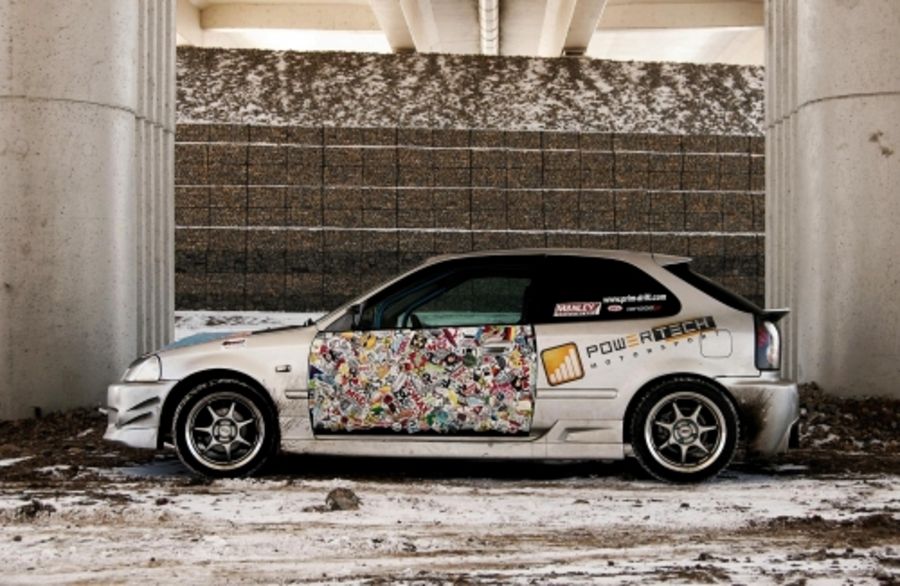 ^No, I'm not telling you about that one above, I take these pictures just to show you a stock Honda Civic EK
What should you do if your souls demands drifting and the smell of burned tires, but in your garage you can find only pretty-clean, well-tuned and twice-swapped Honda Civic, and goddamnit it is a FWD?! Here in Russia everything is simple – just take it and covert into RWD car with 3,2 engine and Toyota’s transmission…
I’m proud to show you the project of Russian guy from Irkutsk Vladislav Kireev, Honda Civic RWD Drift. 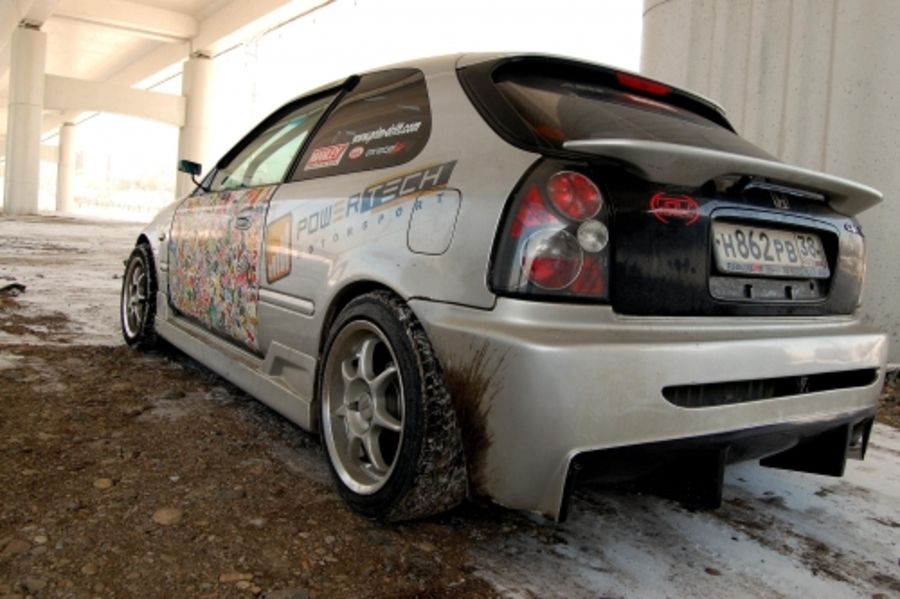 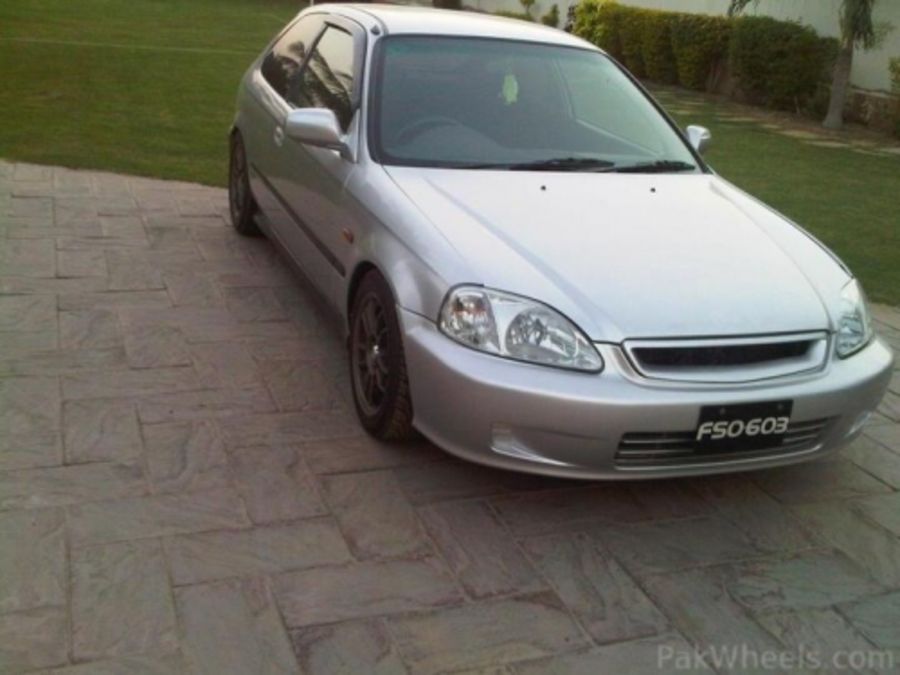 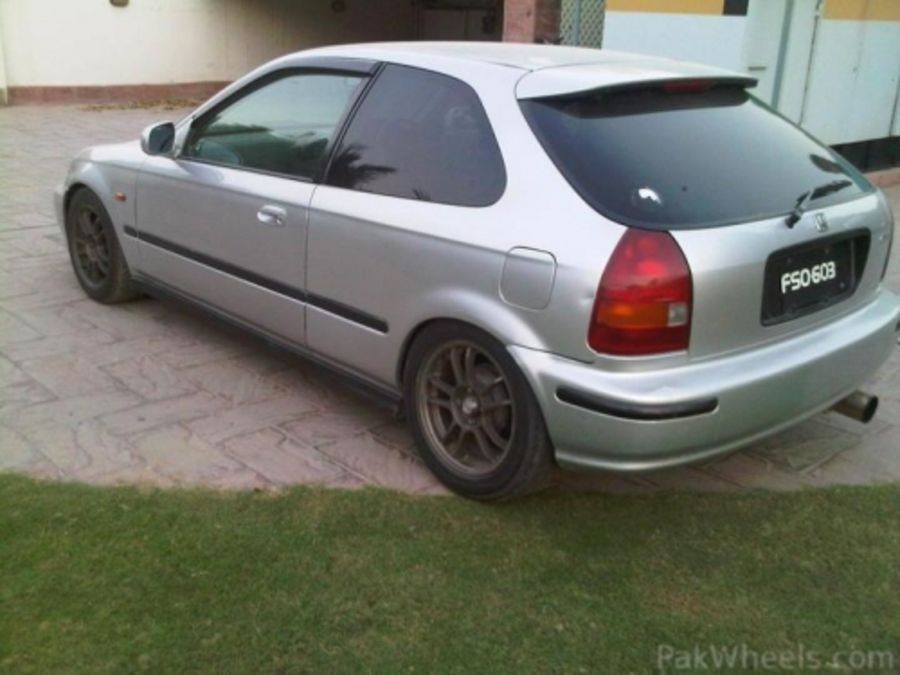 If someone of you doesn’t know, originally Civic is 1,5-liter grocery-getter developed for comfortable way from home to work and other stuff. But Vlad once have met a company of tuners and it resulted in twice swapped Civic, and the last time Civic was swapped with J32A -3,2-liter V-engine from Honda Legend, but as far as it is quite difficult to find a manual tranny for this motor, Vladislav has crossed it with MT from Celica. No doubt it resulted in high-spirited character of Civic with numerous wheelspins, wheelspins, and wheelspins… 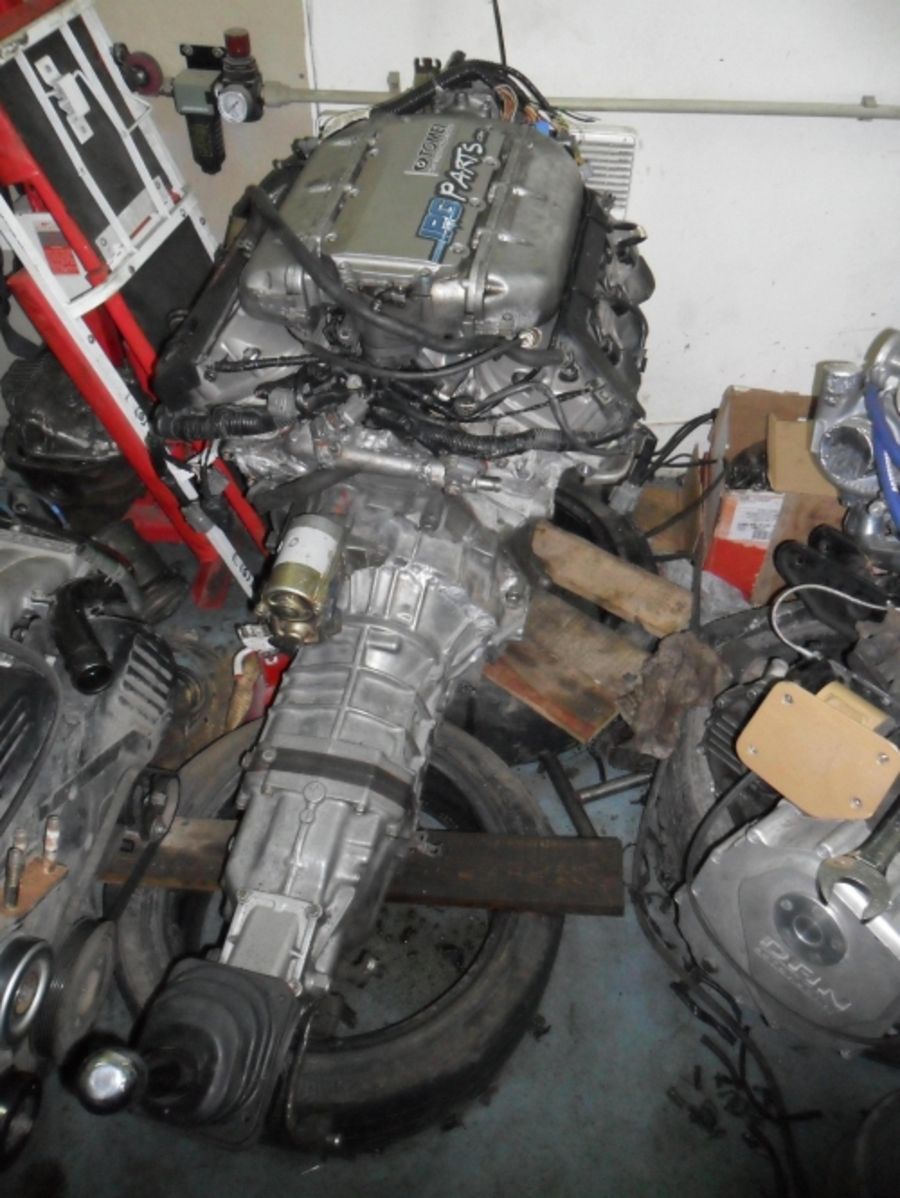 If you have extra-power, so use it in right direction as Vlad – he decided to enter new discipline for him – is drifting.
To transform Civic from FWD to RWD Vlad used W58 transmission from Mark II, but to put the powertrain which is supposed to be longitudinal in a car with an engine bay created for transverse motors… But welding and artistic mind of Vlad created a miracle – almost all parts in the engine bay changed their place. By the way, speaking about the parts – most of them are taken from the king of drifting – Nissan Silvia. U-joint is kind of hybrid of Mark II’s and Silvia’s u-joint. 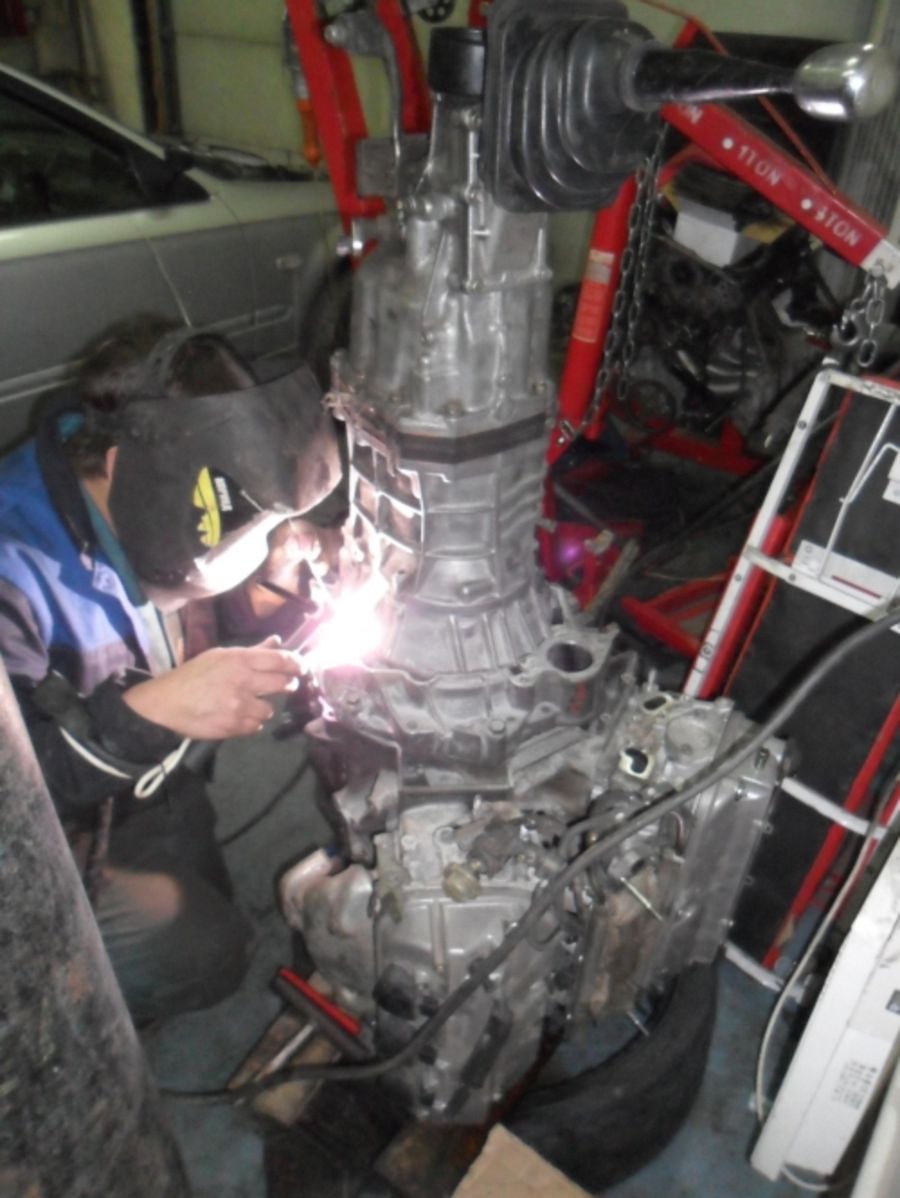 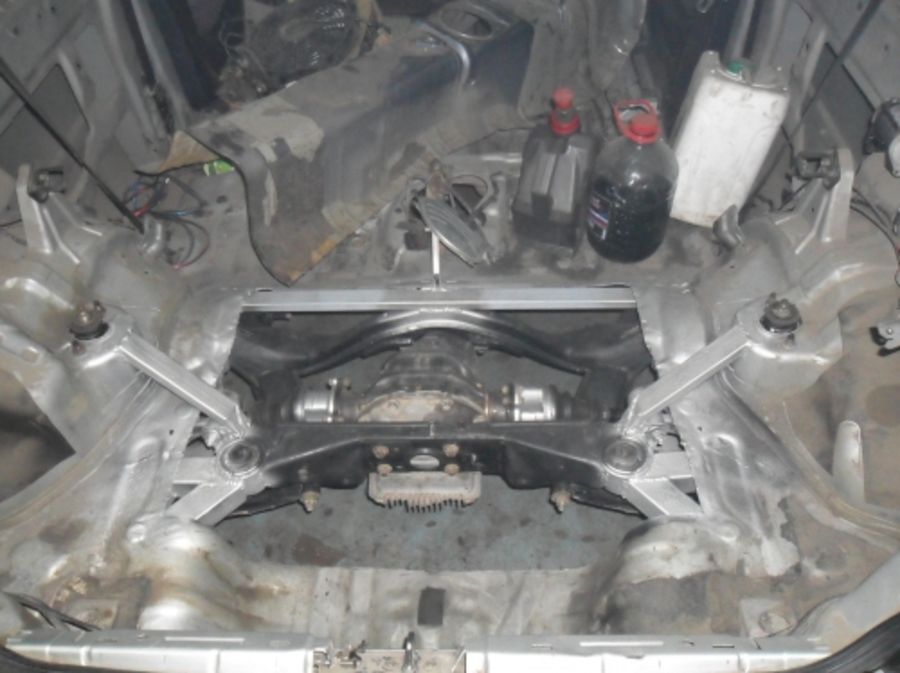 To convert Civic’s suspension into one from Silvia Vlad had to weld again – new task is to create the mounts of the front suspension’s subframe, however with a number of calculations this wasn’t a real problem. The real problem was the rear suspension – to install Silvia’s rear subframe in skinny Civic butt Vlad had to cut almost the whole rear spar. The rear subframe itself was welded into and now it performs the role of a longeron.
Having no additional space in the back Vladislav installed small gas-tank from the snowmobile “Buran”. 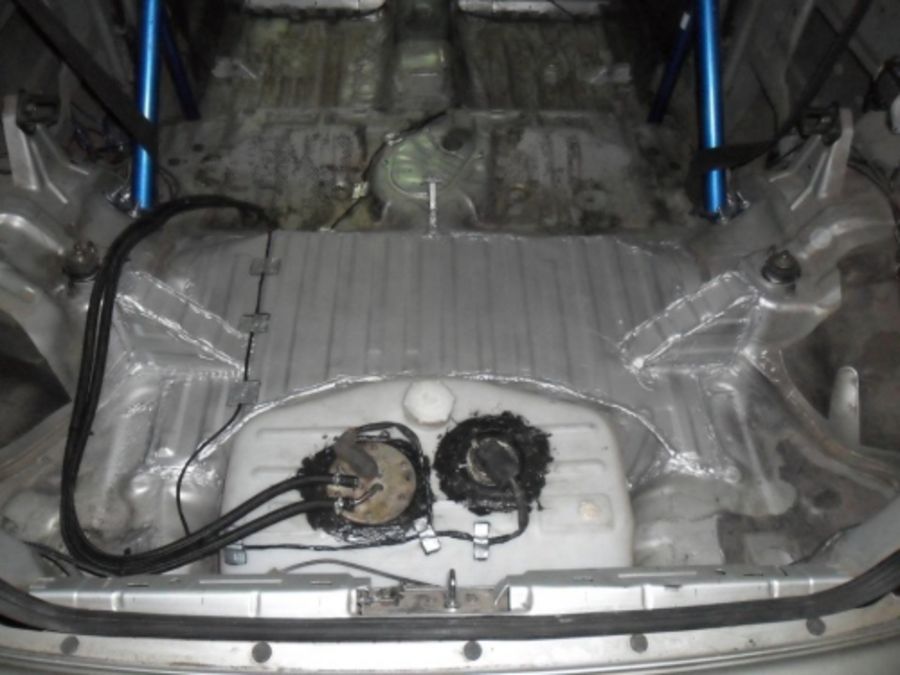 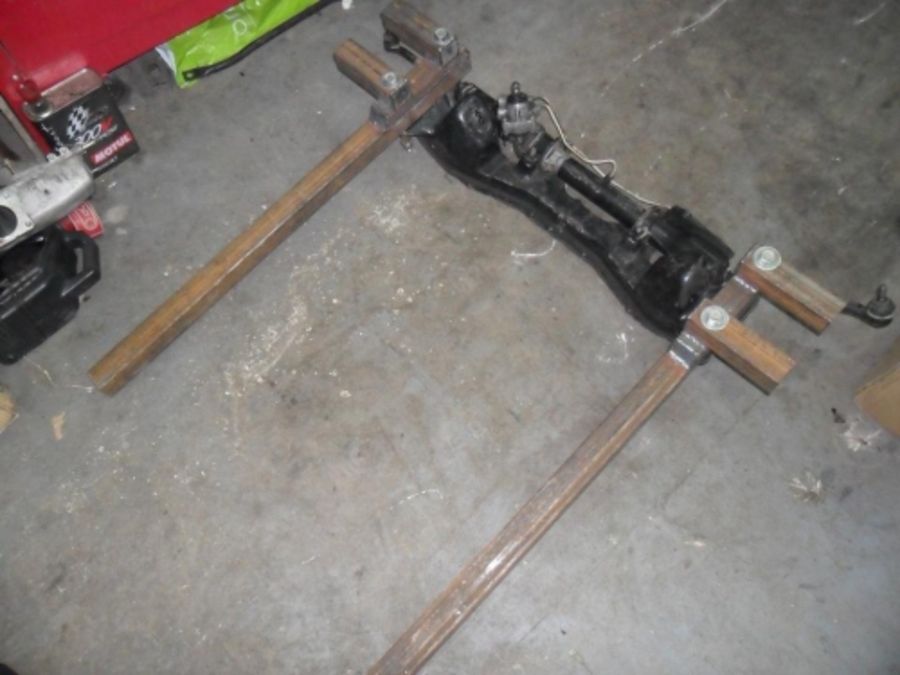 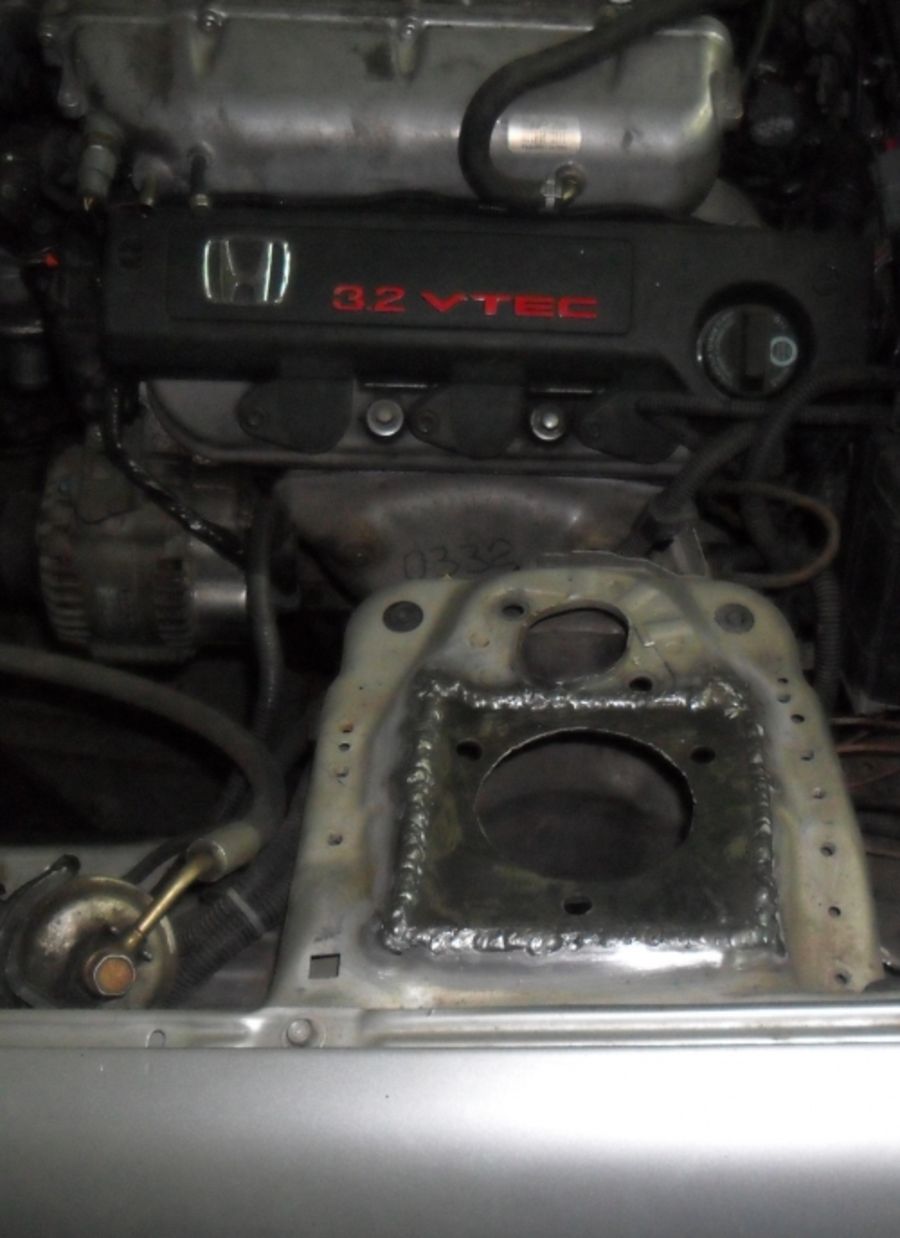 When almost everything was ready a new problem appeared – because of the small Civic’s wheelbase wheels hit spars, so the only way out is to make the wheelbase wider by moving the front shocks and making lower arms and tie rods 5sm longer. The shocks used in the Civic are now Cusco’s shocks changeable in almost all parameters. 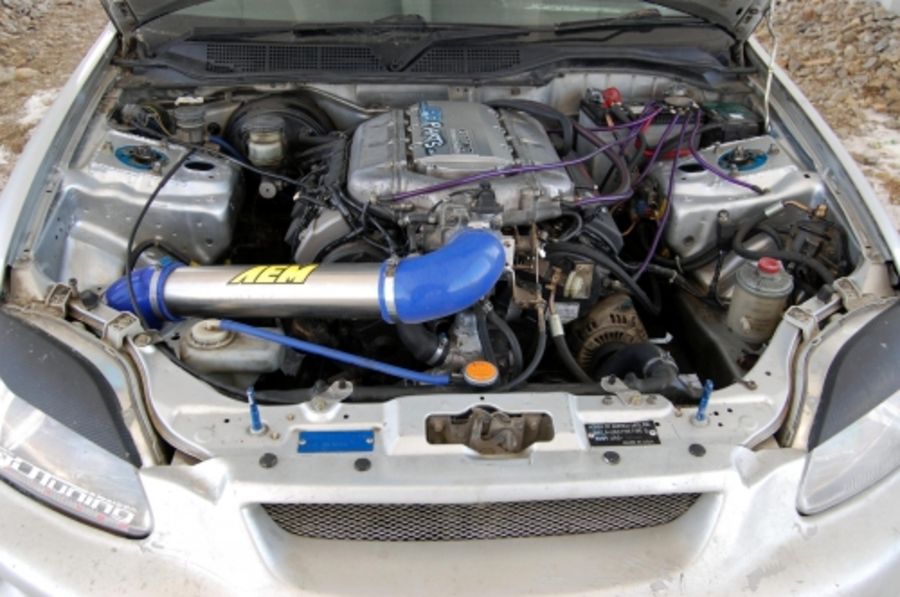 Other changes made to the car you may see on the photos. But can we say that the project is finished? Don’t forget that people know how to install turbos too… 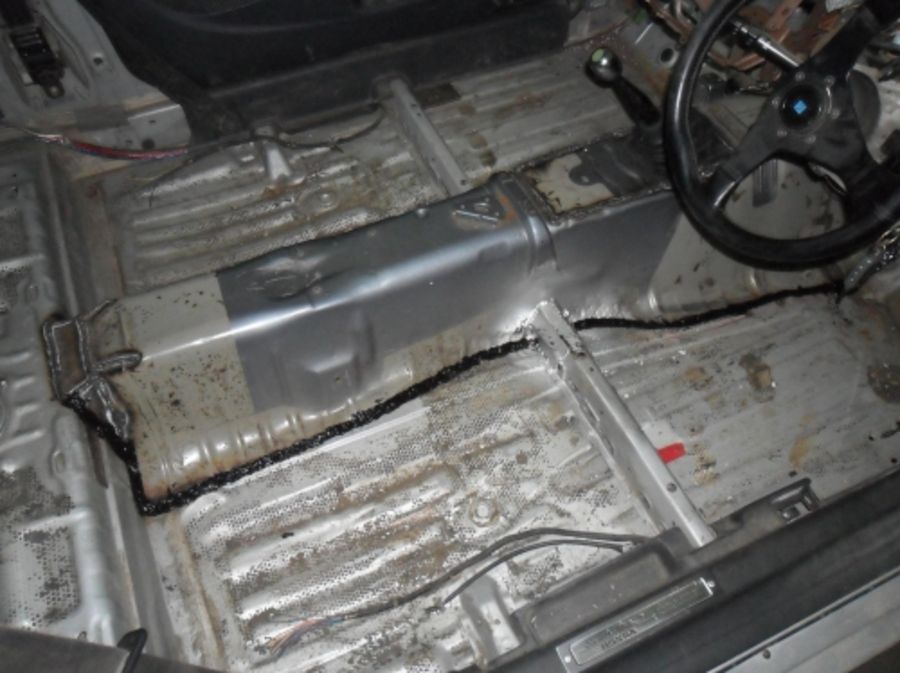 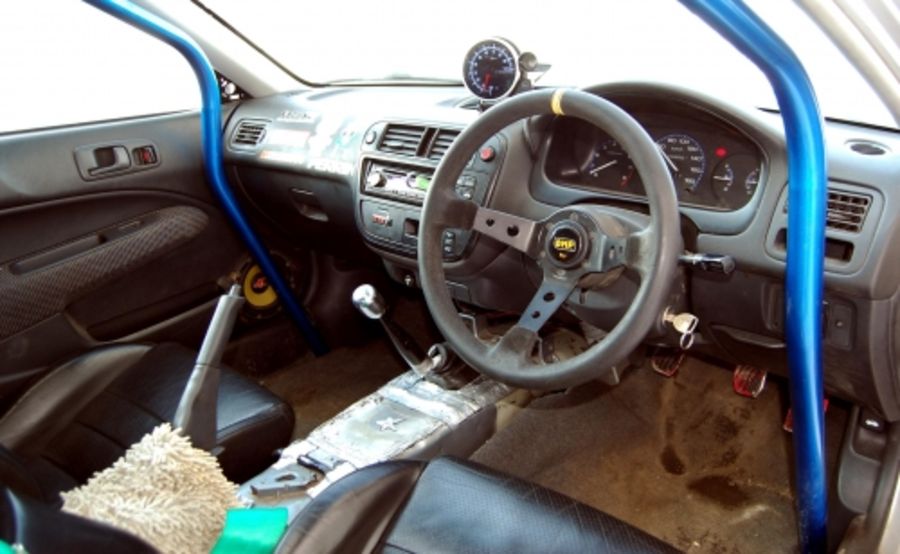 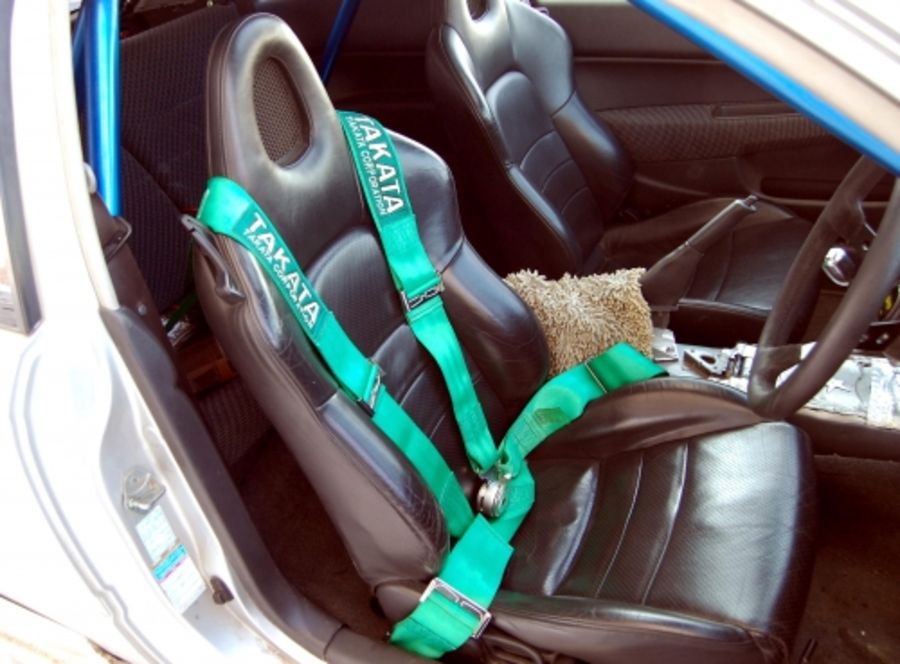 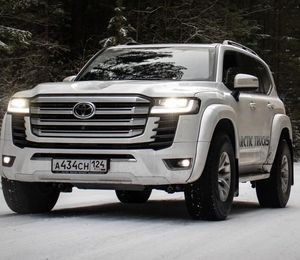 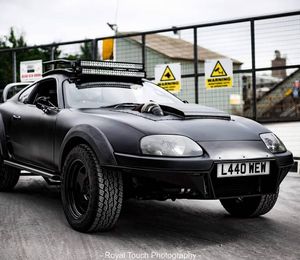 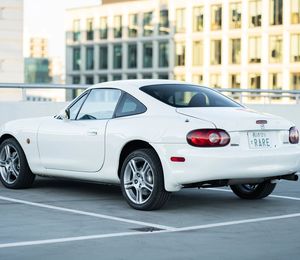 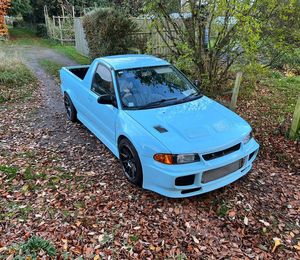 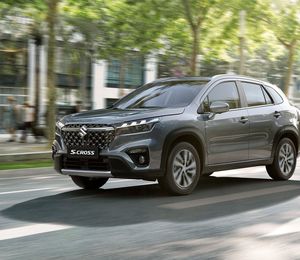 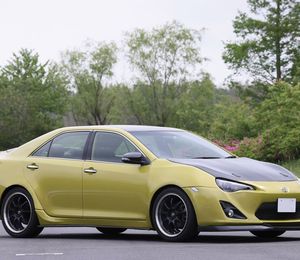 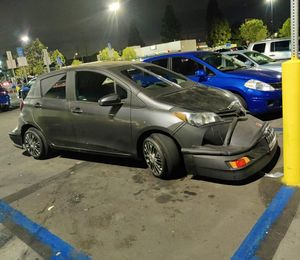 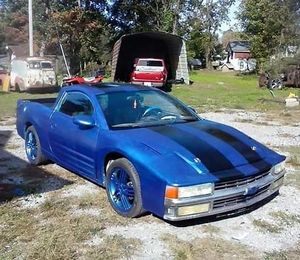